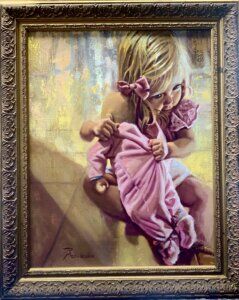 I get it. Our experience as Christians is so transformative and profound, we want to share it with others. But when we cross the line into forcing others or coercing them into complying with our dogma, the teachings of Jesus as we understand it, we’re doing more harm than good. Passing laws like abortion bans, banning books or in some way legislating the gospel, is simply wrong. It’s doing far more harm than any real good. Religion should have no party affiliation. Billy Graham preached for years; no one knew how he voted. Religion is not and cannot be affiliated with any political ideology. This unholy marriage between evangelicals and the Republican Party has its roots in the back rooms of the Nixon administration.

The purpose of the separation of church and state is to compartmentalize morality from ethics, which are two separate but related ideas. Ethics are the rules of conduct recognized in respect to a particular class of human actions or a particular group or culture. Morals are the principles or habits with respect to right or wrong conduct. While morals also prescribe dos and don’ts, morality is ultimately a personal compass of right and wrong. In a true democratic society, laws are created to protect rights and freedoms while limiting citizens from harming others and impeding their rights and freedoms, in such a way as to allow people to practice their moral beliefs within a framework of ethical standards.

It is a delicate balance, as we are seeing. Some people feel our laws are too liberal, while others feel they’re too restrictive. Perhaps, the true test of a law is that it simply not impedes the practices of multiple belief systems. We live in a diverse world, with diverse cultures and belief systems. Christianity is only “The Truth” to us. We only enjoy the right to practice our religion because all belief systems are protected, not just ours. What may be morally correct for a Christian may be abhorrent to a Muslim or an atheist. As my personal arbiter of right and wrong, Captain Kirk said in “Omega Glory,” “‘We the People!’ It must apply to everyone or it means nothing.”

I’m a Christian and I believe you should be too. But I respect your right to believe as you choose.  Maybe we’ll find a strict religion when we get to heaven. But for today, I choose faith. And I am grateful I live in a society that protects everyone’s right to practice whatever belief they want.

The title is a play on words. In politics, a dog whistle is the use of coded or suggestive language in political messaging to garner support from a particular group without provoking opposition.

Car Rental Near Me