CORRECTION 5.11.21: Due to an editing error, the original version of this story mistakenly reported that the legislation in question was introduced by members of the Black and Asian Democratic Caucus. The bill was introduced by Legislator Vince Felder, who is closely aligned with the caucus but is not a member, and supported by the caucus.

Small and medium-sized arts groups, all of which have taken a financial hit during the pandemic, could be in line for a share of $131,000 in grants from Monroe County under new legislation that appears poised to pass the County Legislature this week.

The measure was introduced by Legislator Vince Felder and has support from members of the Legislature’s Black and Asian Democratic Caucus. It has been accepted by the Republican majority for consideration by the full Legislature during its meeting on Tuesday — a signal that the bill is likely to be approved.

The money would come from a controversial $2.5 million Legislature slush fund that was added to the 2021 county budget by the caucus and the Republicans, who have worked in concert to form a voting bloc for the better part of a year.

Small arts groups have been forgotten by current and previous county administrations, Legislator Ernest Flagler-Mitchell, the leader of the caucus, said during a news conference Monday to announce the bill.

“It’s important that we take care of those who don’t have a voice and can’t be heard,” Flagler-Mitchell said.

RELATED: If Rochester is a ‘City of the Arts,’ why don’t we fund the arts?

Most arts and cultural organizations do not receive much in the way of public monies from Monroe County, which this year set aside $1.4 million in the budget for arts funding. Those that get a share of that pie are typically larger and more established institutions.

For instance, the budget splits nearly all of the funding between nine organizations, including the Memorial Art Gallery, The Strong National Museum of Play, and WXXI Public Media, the parent company of CITY. The overwhelming bulk of the money goes to the Rochester Museum and Science Center and the Rochester Philharmonic Orchestra, which are to receive $900,000 and $180,000, respectively. 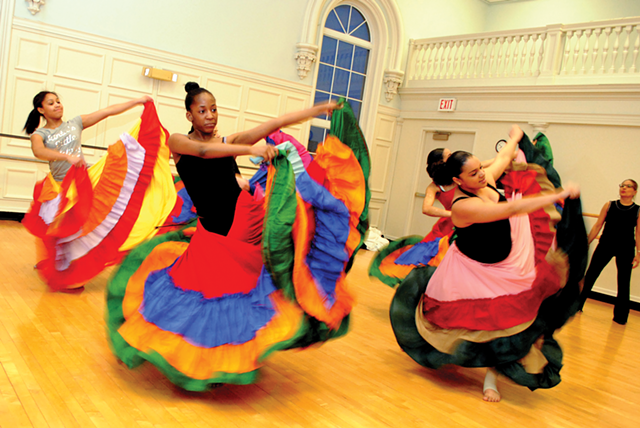 The funding formula, which has been in place for decades, has been criticized by small arts groups for years. But the scrutiny has intensified as the financial pressures of the pandemic have mounted on arts groups big and small.

The formula, critics say, has cultivated a class war in the local arts scene that pits august institutions with well-connected patrons against less-glamorous groups that lack social clout but serve more racially and economically diverse audiences.

“I am proud to submit this legislation that will begin to address the longstanding inadequacy and inequity in funding for the arts in Monroe County and look forward to working collaboratively to find a long-term solution to this problem,” Felder said.

Under the legislation, 17 arts groups, including some that typically receive modest support from the county as “mid-sized” organizations, would be in line for funding. The groups and their allocations, as outlined in the bill, are as follows:

Carvin Eison, general manager of Rochester Community Television Media Center, said the $20,000 allocated for his organization would help finance a public service announcement project it is doing in conjunction with Garth Fagan Dance to promote sensitivity toward the deaf and hard of hearing community, and the installation of a bronze statue of Frederick Douglass at the county airport, which now bears the abolitionist’s name.

“This is a valuable resource that will help solve problems,” Eison said.

Monroe County Executive Adam Bello campaigned in part on a platform of making arts funding more equitable. But his first budget, which he proposed last year in the midst of the pandemic, did not address the topic.

“Our big problem in Monroe County is that we underfund the arts,” said Bleu Cease, the executive director of Rochester Contemporary Arts Center and a vocal advocate for more equitable arts funding.

Three decades ago, county arts spending topped $3 million. This year, Erie County set aside $6.6 million for 88 arts and cultural organizations — a point that Monroe County legislators noted in a memo accompanying their bill for additional funding.

Cease added that county officials need to “really fix what is obviously a problem in Monroe County.”

Jeremy Moule is CITY’s news editor. He can be reached at [email protected]

What Is Creative Photography?

Critical Analysis Of The Aesthetic Appreciation Of Photography